I wanted to like Atom, and I was one of those stubborn ones who had been putting off trying VS Code for probably years and continued to use Atom and putting up with the subpar performance, even on a relatively overpowered computer.

A few weeks back though, I decided to bite the bullet and give VS Code a fair try, and after using it for just a few days, I didn’t see myself going back to Atom anytime soon. There’s just so much more performance in Code compared to Atom (which confuses me because they’re both Electron), and included in that performance is more features included standard, instead of needing 100 extensions to get what I want out of it.

Looking at the writing on the wall, I don’t foresee Atom lasting too much longer, I haven’t seen a new feature added to Atom since right around the time Atom Teletype came out, and then that’s been pretty much it since then.

Sadly this means my theme that I’ve spent the better part of five years tweaking and modifying will end up slowly dying, but given that Pubster really isn’t primarily my work when you boil it down, I don’t feel too bad about it. 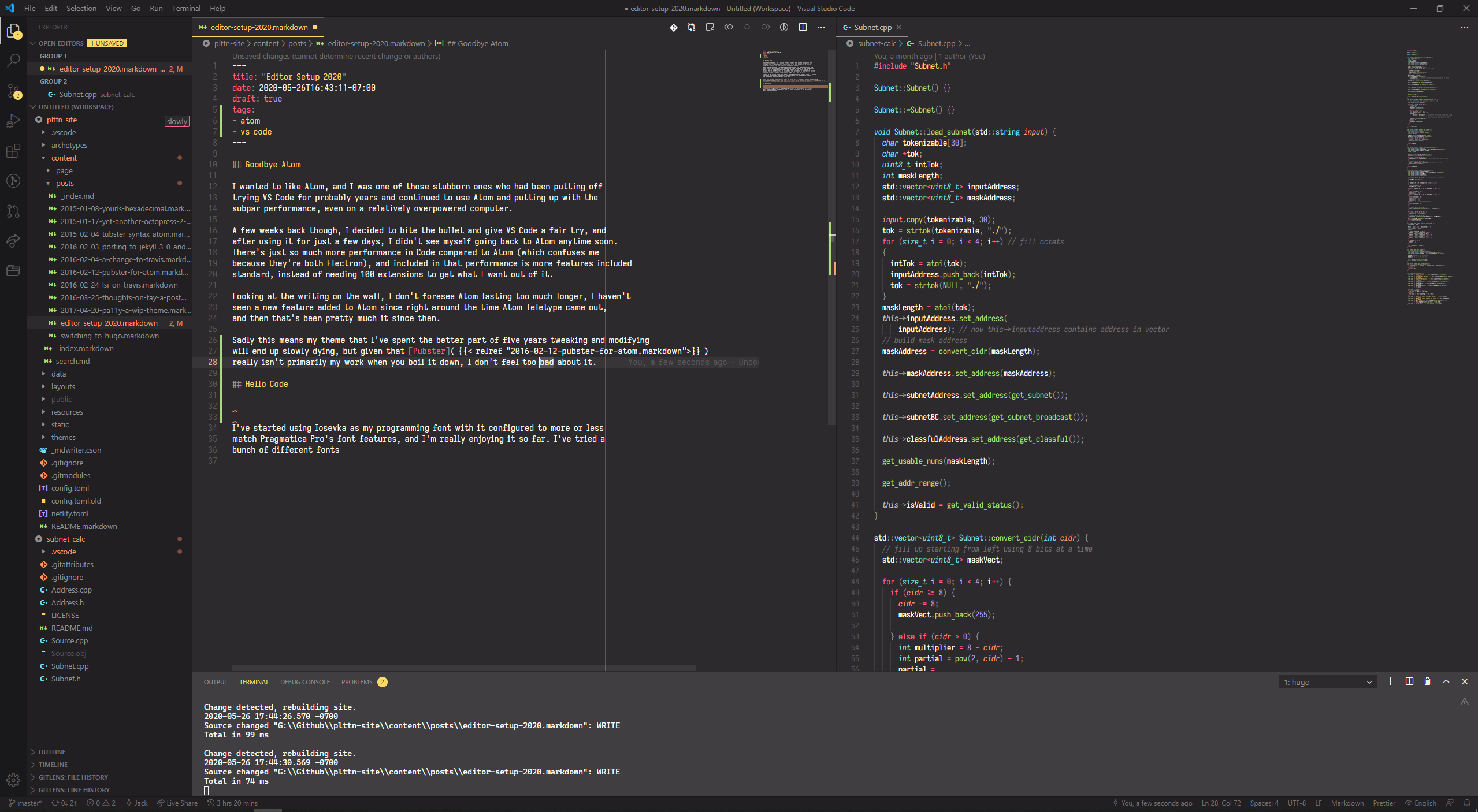 I’ve started using Iosevka as my programming font with it configured to more or less match Pragmatica Pro’s font features, and I’m really enjoying it so far. I’ve tried a bunch of different fonts, and had tried Iosevka in the past and wasn’t sure how I felt about it, but now that it’s got ligature support and decent hinting, I’m a fan. Additionally, for plain text editing (markdown, plaintext, commit messages), I switch over to Iosevka Sparkle which is designed for prose use using settings.json overrides for specific languages:

As for the color scheme itself, I decided to give Monokai Pro a try, and I’m really loving it. The theme itself is nice, and the file icon themes it comes with are also fantastic and clear without being obnoxious. While it does cost a few bucks, for how nice it looks I think it’s definitely worth it.